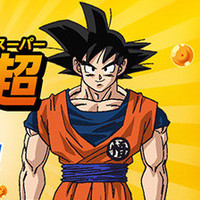 Dragon Ball returns with a new TV anime for the first time in 18 years with this summer's Super. A first short teaser with a sample of the opening aired this weekend during Fuji TV's broadcast of Dragon Ball Kai Episode 157.