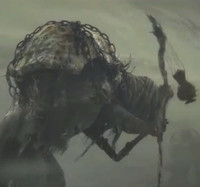 Leaks have been floating around for the past week or so, but Dark Souls III is now officially a thing. It's coming to PlayStation 4, Xbox One, and PC in early 2016, and you can see the trailer that debuted during Microsoft's E3 2015 press conference below.