Crunchyroll to Stream "Actually, I Am" Anime

Simulcast starts on July 6 at 11:30am Pacific Time 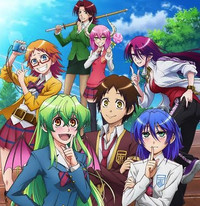 Crunchyroll announced plans to simulcast the Actually, I Am anime. Episodes will be broadcast every Monday starting July 6 at 11:30am Pacific Time.

Produced by TMS Productions and directed by Yasutaka Yamamoto (Hero Bank, unit director on Squid Girl), Actually, I Am is based on the manga by Eiji Masuda. The series will be available to Crunchyroll members in the following territories: USA, Canada, America, Central America including the Caribbean, Australia, New Zealand and South Africa. 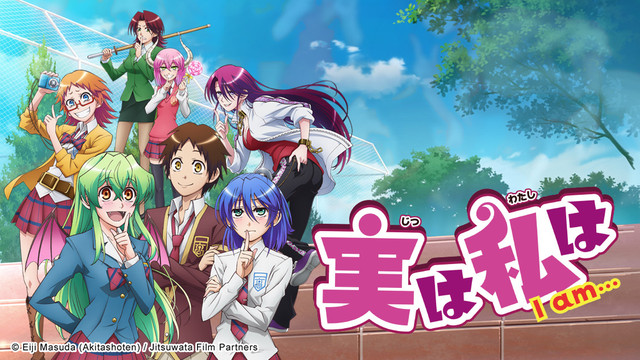 Asahi Kuromine is a high school student who supposedly cannot keep a secret. One day he spots his crush Yoko Shiragami, unfurling a large pair of wings from her back. She explains to him that she is a vampire and is only able to attend a normal school on the condition that no one discover her true identity. Asahi swears to keep her secret but finds it hard to maintain seeing as how Yoko herself is an airhead and Asahi's friend Mikan keeps bullying the two of them. Eventually, he discovers more girls in his school with secrets of their own: a tiny alien who rides a human-sized exoskeleton of herself, a werewolf capable of switching gender at any depiction of a moon, a thousand-year-old demon who secretly runs the school, and more who pose a challenge as Asahi tries to keep Yoko's secret.

Tags
actually i am, summer 2015
« Previous Post
VIDEO: "Yakuza 5" Developer Interview Welcomes Us to Its World
Next Post »
"Dungeon Travelers 2-2" Bumped All the Way to 2016
Other Top News
57 Comments
Sort by: