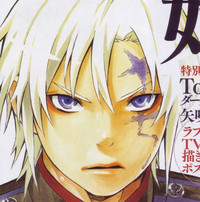 This year's August issue of monthly manga magazine Jump Square, out in Japan July 4th, is announcing a new quarterly titled Jump SQ. Crown. The apparent replacement of Jump SQ.19, a collection of spin-offs, one-shots and work from new creators that ceased publication in February 2015, launches July 17th with special To Love Ru Darkness material, Blood Blockade Battlefront Back 2 Back, and material from D.Gray-man's Katsura Hoshino.

D.Gray-man in particular is grabbing the attention of manga readers as the series latest hiatus has been ongoing since 2013 as its creator has dealt with health issues. 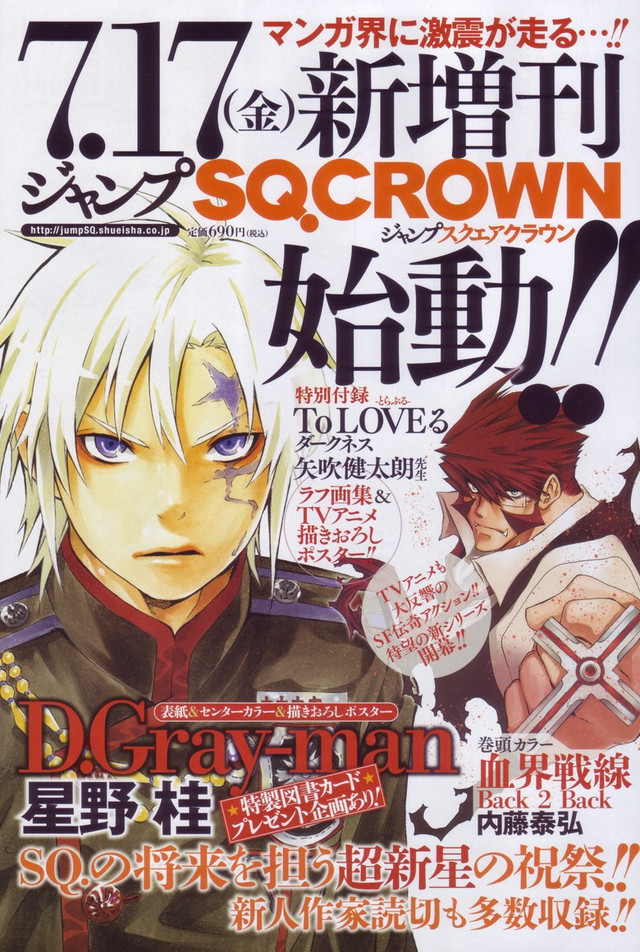 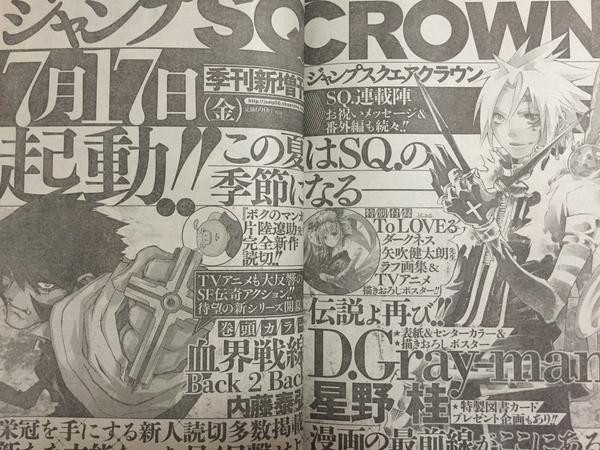