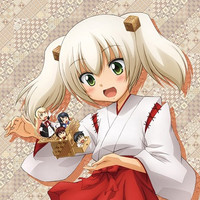 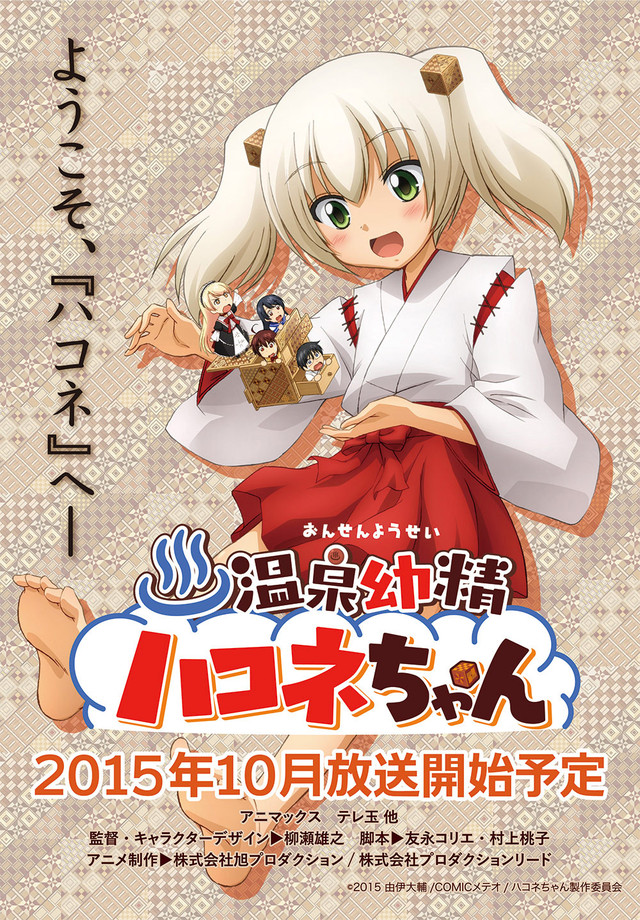 Onsen Yōsei Hakone-chan, a supernatural comedy manga by Daisuke Yui in which the ancient spirit of a hot springs awakens as a young girl in modern Japan, is becoming a 13 episode TV anime in October of 2015. The series will feature character designs and direction by Takeyuki Yanase and animation by Asahi Production and Production Reed. 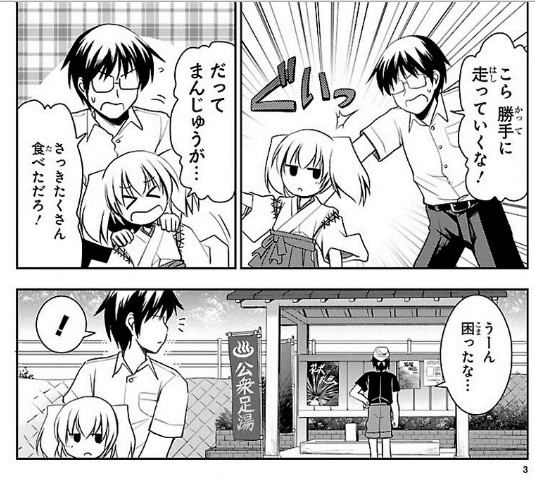 The Onsen Yōsei Hakone-chan manga is published online by Aplix on their Comic Meteor anthology website.

Akiba-Souten.com via My Game News Flash