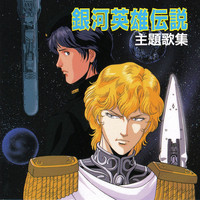 On the heels of the announcement that Viz's Haikasoru label will publish Yoshiki Tanaka's Legend of the Galactic Heroes, a space-opera based on 19th century Prussian conflicts that inspired a huge body of anime between 1988 and 2000, including 110 OVA episodes and 52 side-story OVA episodes Sentai Filmworks announced at Anime Expo that they have licensed the cult anime!

When They Cry was originally acquired by Geneon. FUNimation acquired the distribution license to the show with the other Geneon titles in 2008 after Geneon ceased to distribute titles in North America, but subsquently let the properly lapse.