Series kicks off on July 3 at 10:00am Pacific Time 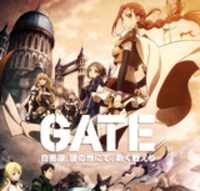 Crunchyroll announced plans to simulcast the summer 2015 anime GATE, which A-1 Pictures (Sword Art Online, Anohana: The Flower We Saw That Day) adapted from the original light novel series. The show kicks off on July 3 at 10:00am Pacific Time, with new episodes set to broadcast every Friday. 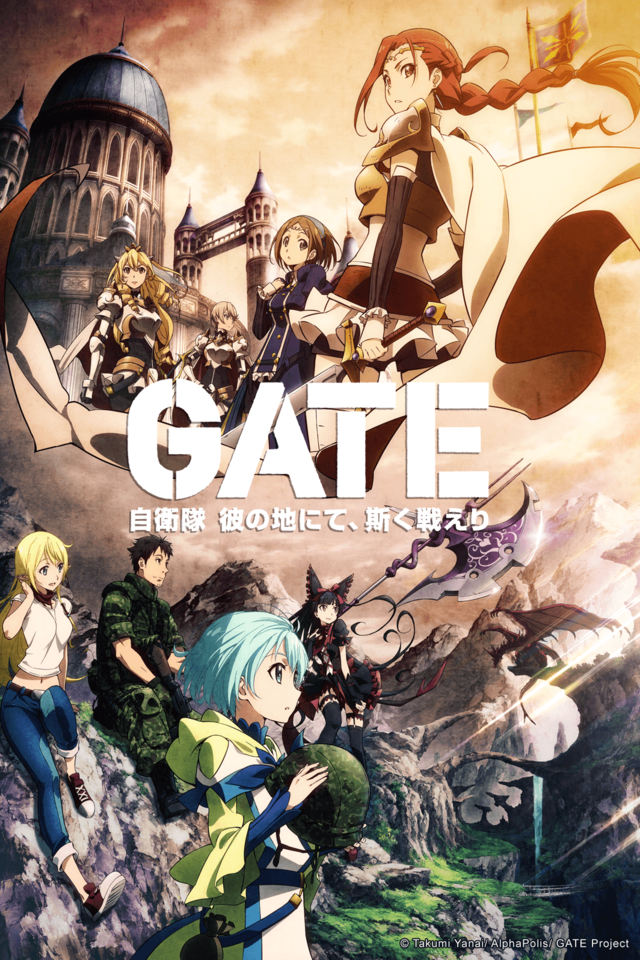 On August 20XX, a gate suddenly appears in Tokyo's Ginza district, unleashing a portal where monsters, medieval knights and other fantasy beings come from another world and wreak havoc on Tokyo. The Japanese Defense Force take action against these monsters and push them back into the "Gate". Third Reconnaissance Team is dispatched to the "Special Region" lead by officer (and otaku) Youji Itami. On their travels, they are joined by a beautiful elf girl who is a survivor from the dragon's rampage and guide the group across the dangerous new world.

From the studio that animated Sword Art Online and Anohana: The Flower We Saw That Day, A-1 Pictures adapts GATE from a light novel to an anime this summer. Voice actor Junichi Suwabe, known for roles such as Archer from Fate/stay night: Unlimited Blade Works and Daiki Aomine from Kuroko's Basketball will take on the part of the otaku soldier Yoji Itami. He is joined by Hisako Kanemoto, voice of Sailor Mercury in Sailor Moon Crystal, who will play Tuka Luna Marso. The opening will be "GATE ~Sore wa Akatsuki no Yō ni" by Kishida Kyōdan & the Akeboshi Rockets, while voice actresses Hisako Kanemoto, Nao Tōyama, and Risa Taneda (ED) will perform "Prism Communicate" as the ending theme.