"Slayers" 25th Anniversary Art Exhibition to be Held This Summer 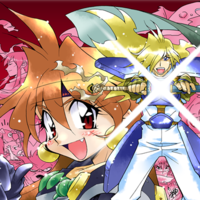 Following the anthology novel book published by Fujimi Shobou in January, an art exhibition to celebrate the 25th anniversary of Hajime Kanzaka's long-running light novel series Slayers will be held at Art Gallery GoFa in Aoyama, Tokyo, from July 11 to August 30. It will focus on the works by the series' official illustrator, 49-year-old Rui Araizumi, displaying his original and copied arts and offering special collaboration menu at its cafe.

The exhibition will be divided into three periods: 1st stage (July11-26), 2nd stage (July 28-August 9), 3rd stage (August 11-30). Some of the items will be changed for each periods. On July 19, Araizumi will appear on a talk show with the novel author Kanzaka, and advance tickets for it are already sold out.

The first volume of the Slayers series was published in January 1990. So far it has 50 volumes in total

its total print has reached over 18 million copies.

Main visual for the exhibition 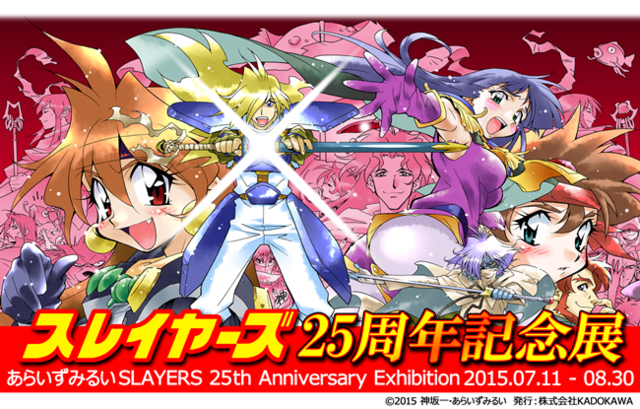 The cover of the 25th anniversary anthology novel book 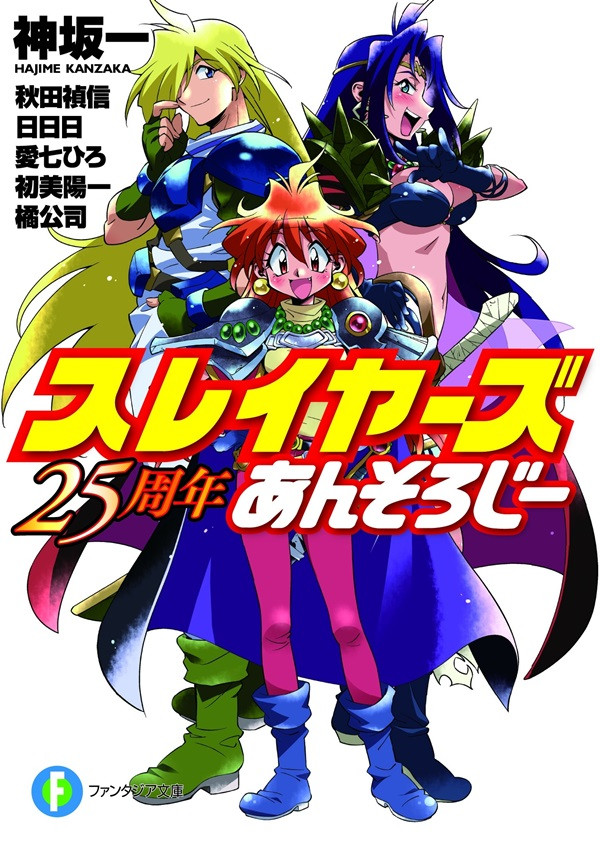