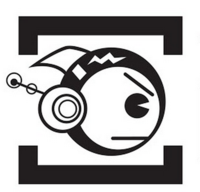 Leading into summer conventions it looked likely that manga publisher Tokyopop was preparing to stage a comeback, and we got some of the official details during its Anime Expo 2015 panel. The company plans to jump back into manga publishing in 2016, and will also be publishing art books, collectors editions, and possibly light novels.

More specifically, Tokyopop is aiming its sights at "hidden gems" from smaller publishers, but the goals don't stop at books and manga. Tokyopop also wants to get into film and television production. According to founder Stu Levy, Tokyopop currently has 20 properties ranging from animation to live-action, some of which are up on the company's YouTube channel.

Finally, for anyone looking to share their own comics—while still retaining copyright and full creative control—Tokyopop will be launching a Pop Comics app for iOS and Android. The app will let artists and creators upload their work for all to see, and it was described as being similar to YouTube for comics. Folks who are interested can enter their email at popcomics.com for info on the closed beta.