Both series will air as simulcasts 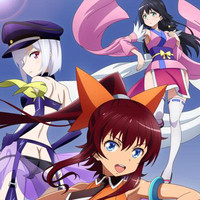 Funimation has announced that it will be streaming both Venus Project: Climax and Chaos Dragon as they air in Japan. This occurred at the distributor's panel at Anime Expo on Friday, and it couldn't be better news for fans eager to get into both series!

Venus Project follows idols living in Japan who happen to battle against each other in live performances in the fear future -- sounds kind of crazy. It's known as "Formula Venus," and it's a whole lot different from most idol treatments we've seen in anime!

It'll consist of six anime episodes as well as six live action episodes, all based within the Venus Project PS Vita game universe. It premieres on July 5 on Tokyo MX at 10 PM, but you'll be able to check it out over at Funimation too.

No other details were given at this time regarding Chaos Dragon.