VIDEO: Minecraft Player Recreates the World of "Castle in the Sky" 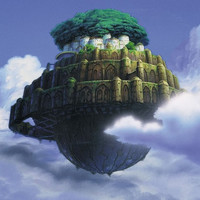 Niconico user Hajikura Mocchi has embarked on an audacious endeavor: to recreate the world of Studio Ghibli's Castle in the Sky animated film within the environment of the Minecraft video game.

Above is the 1st video in a multi-part series that Mocchi has spent 4 years preparing. The 2nd part is scheduled to be released to Niconico on July 22, 2015, with additional parts to follow later.