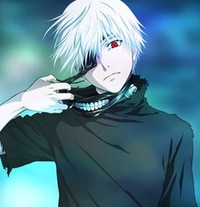 Last month we got a peek at protagonist Rio, an original character designed by Tokyo Ghoul's Sui Ishida for the upcoming Tokyo Ghoul: Jail game. Bandai Namco now has a release date for the adventure game, which is set to launch on PS Vita in Japan on October 1.

Priced at ¥5,690 ($46), Tokyo Ghoul: Jail features an original story with branching paths and an ending that can change based on the decisions you make throughout.

Why Tokyo Ghoul's Ken Kaneki Is The Ultimate Anime Antihero