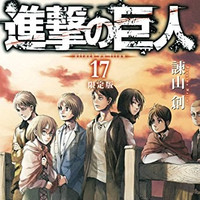 To promote the upcoming release on August 7, Kodansha has posted a 15-second CM for the latest 17th volume of Hajime Isayama's popular manga series Attack on Titan, narrated by kids speaking in the Kansai dialect. The volume's 1,058-yen limited edition comes with the 1st volume of the Kansai dialect version and nine-type of clear bookmarkers printed with the characters' famous lines in various Japanese dialects, for example, Koushu dialect for Levi and Hakata dialect for Erwin. 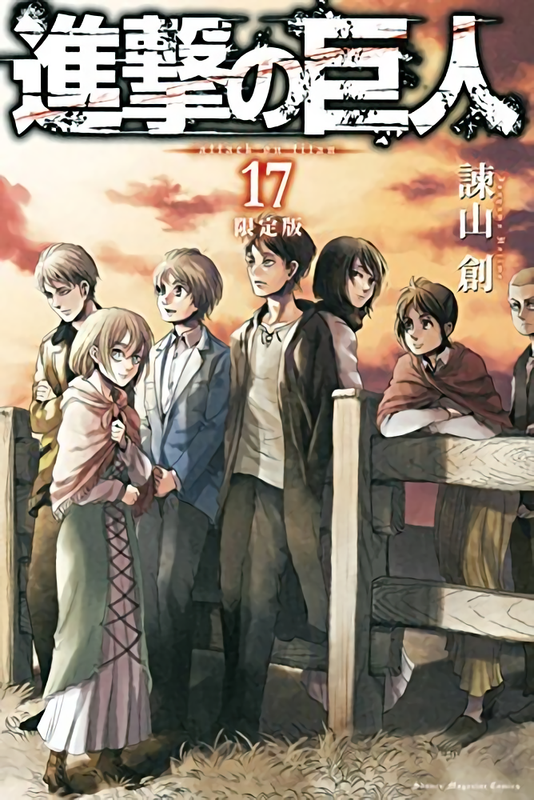