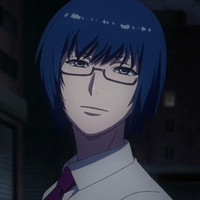 MOVIEW has posted promos for Tokyo Ghoul[JACK], the OVA based on Sui Ishida's 2013 manga prequel about the young Kishou Arima and Taishi Fura joining forces to investigate the death of Taishi's friend and attacks by the "Lantern" ghoul, scheduled September 30th, preceded by a September 5-18 limited run in seven theaters, along with the newly announced Pinto OVA, based on a story from Shin Towada and manga creator Sui Ishida's Tokyo Ghoul: Piinto (Days) spin-off novel about the lives of human and ghoul, scheduled for a December 25th.