Wish they would have had these when I was a kid! 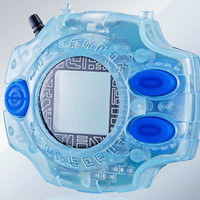 The commercial shows off the sound effects and features you can expect from the device, which is going for 7,030 yen (about $57) and releases later this year. Preorders are open now and going until September. You won't be able to expect the products coming until December, but that's not that long to wait, especially for such an awesome and detailed product! There'll be a second round if you miss it the first time, but best to jump on it now if you're interested.