Arnie Roth clarifies something he mentioned at Pittsburgh concert 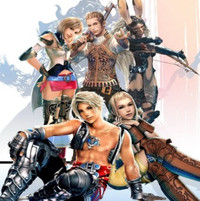 Over the weekend Arnie Roth, producer and music director for Distant Worlds: music from Final Fantasy, referred to a remake of Final Fantasy XII at a concert in Piitsburgh. He has since released a statement on Facebook, clarifying that he used the term "remake" in error.

Here's what he had to say:

In response to comments posted by fans, I want to rectify a statement made from the stage Saturday night at our Distant Worlds: music from FINAL FANTASY concert in Pittsburgh.

Following conversations with composer Hitoshi Sakimoto regarding new concert arrangements of music from FINAL FANTASY XII, regrettably, the term ‘remake’ was used in error during one of the announcements that took place from the stage during the concert.

We sincerely regret any confusion this has caused.

Of course, as I'm sure you all noticed, this doesn't rule out a Final Fantasy XII remaster. We'll have to wait for something more official if that's the case.

Nintendo Direct Returns With First Stream of 2023 This Week