Bugs and issues that directly affect enjoyment being fixed 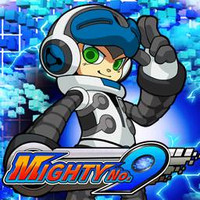 It hasn't exactly been an amazing week for Comcept and Keiji Inafune. Sure, Studio 4ºC's anime got funded, but the Kickstarter for the game failed, and even though Red Ash: The Indelible Legend will still be made, a sizable vat of ill will has been brewing as a result. Oh yeah, and a delay for Mighty No. 9 was also confirmed.

The release date for Inafune's spiritual successor to Mega Man has been in question for the past month or so, but now it's official. Mighty No. 9 has been moved from September to Q1 2016, and the extra time will be used to fix "bugs and issues pertaining to the online features." According to the Kickstarter update, the issues in question directly affect enjoyment of the game.

As much of a bummer as it is to see Mighty No. 9 delayed, hopefully it will give them a chance to properly iron out the bugs plaguing the platformer. Comcept will update backers and fans once a concrete release date is ready to be announced.

First Episode of "Mighty No. 9" Documentary is Just in Time for Launch