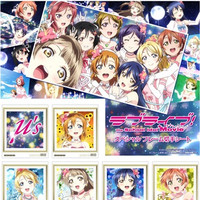 Following the franchise's 5th anniversary set released in January, Japan Post Service Company will also issue a new stamp set featuring the images from the feature film Love Live! The School Idol Movie this week. The 20,000-limited set contains ten 82-yen stamps, two post cards and an A3-size mounting paper. The price is 2,000 yen and will be available at the central post offices across Japan from August 14. It will be also sold at the upcoming 88th Comic Market to be held at Tokyo Big Sight btween August 14 and 16.

The film was released in Japan on June 13, and is still going strong at the box office. It attracted 1.5 million audience by August 1, earning an astonishing 2.2 billion yen (about 17.73 million US dollars). It has become the most successful film based on a midnight TV anime series, beating the previous record holder Puella Magi Madoka Magica: Rebellion's 2.08 billion yen in 2013. 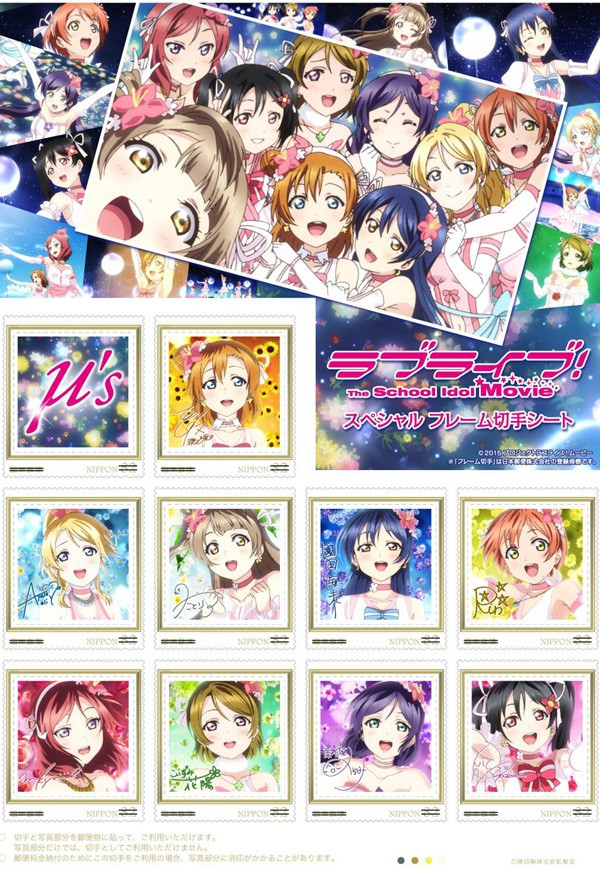 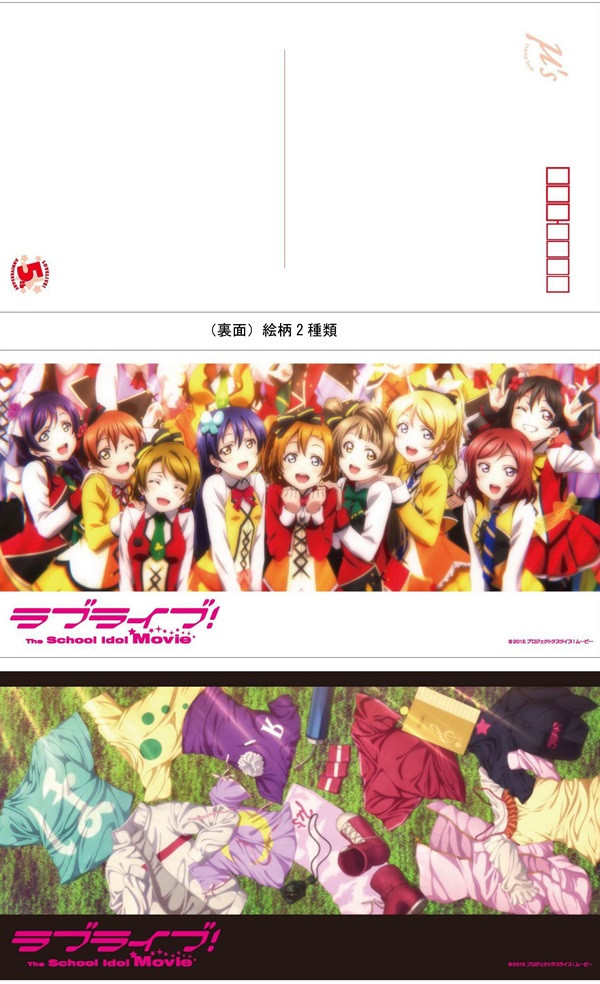 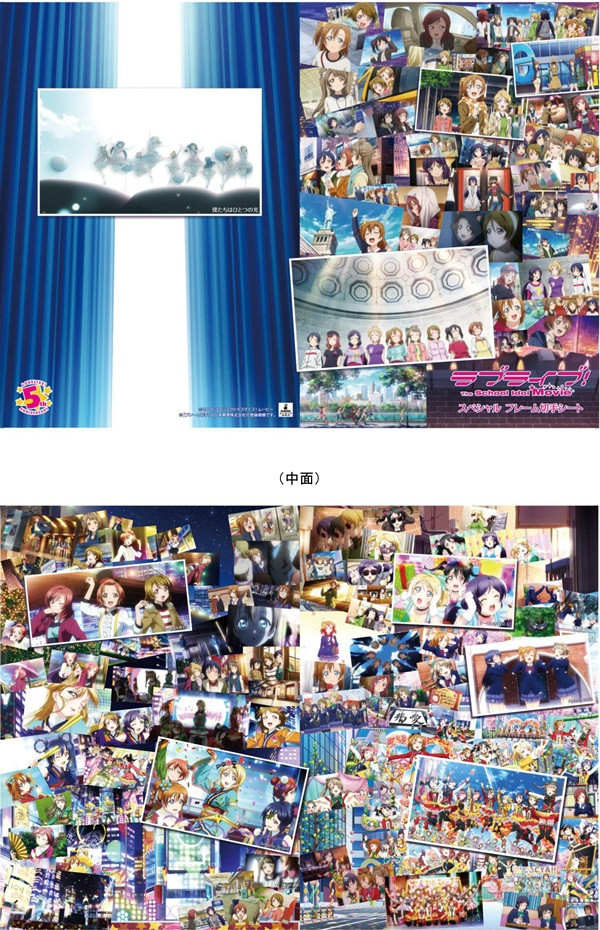