Series airs on UK's cable and satellite channel Boomerang on 17 August, with episodes daily at 7:30am 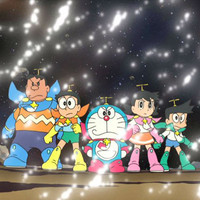 A year after classic robot cat from the future anime Doraemon hit the US, the version that Americans got on Disney XD will begin airing on the UK's cable and satellite channel Boomerang on 17 August, with episodes daily at 7:30am.

Since the Doraemon's manga launch in 1969, the anime has been broadcasted in 35 countries/regions, mainly in Southeast Asia. It aired nationwide in the US for the first time last year with some changes to names of characters and items, for example Nobita to "Noby," Gian (Takeshi Goda) to "Big G," Takecopter to "Flapper", and Dokodemo Door to "Anywhere Door."