Latest game hits PS3, PS4, and PC in the west this fall 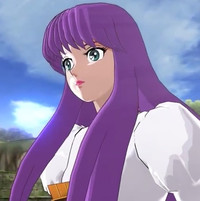 Last time we posted about Saint Seiya: Soldiers' Soul it involved a handful of gameplay videos, but the latest trailer is much more dramatic. Watch Bandai Namco's new Japanese promo, which briefly previews the fighter's story mode, below.

Saint Seiya: Soldiers' Soul hits PlayStation 3 and PlayStation 4 in Japan on September 25, with a release for those consoles and Steam slated for fall in the west.