Rhythm game hits 3DS in the west this September 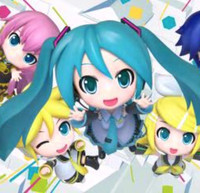 Hatsune Miku: Project Mirai DX is coming to the Americas and Europe on September 8 and 11, respectively, but you can go ahead and try it now. A demo hit the 3DS eShop today, giving players the chance to sample a couple tracks before the full game arrives.

The tracks available in the demo include "Senbonzakura" and "LOL -lots of laugh-."

As previously reported, folks in North America can look forward to grabbing a special launch edition of Project Mirai DX, which throws in a Miku wallet chain and deluxe packaging on top of the AR cards that come with all copies.