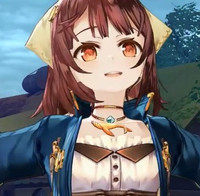 Gust recently showcased a new trailer for Atelier Sophie: Alchemist of the Mysterious Book, offering a peek at how the latest entry in the series begins along with some samples of the story and battles.

As previously reported, Atelier Sophie was hit with a delay that moved it from its original September 25 Japanese launch date to November 19. It's in the works for PlayStation 3, PlayStation 4, and PS Vita.