VIDEO: See More of "Scalebound" in Action in a New Play Movie

Platinum Games Xbox One exclusive due out late 2016 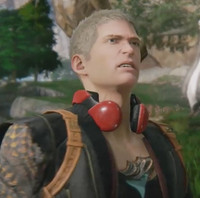 If you're looking for more footage of Platinum Games and Hideki Kamiya's Scalebound, Famitsu has you covered with a new play movie. See more of the dude and his dragon gameplay below.

Scalebound is an Xbox One exclusive that's currently set for a late 2016 launch.