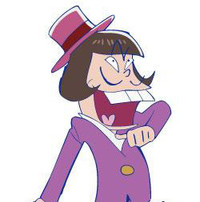 Celebrating the 80th anniversary of the birthday of "Gag Manga King" Fujio Akatsuka (1935-2008), a new Osomatsu-san TV inspired by his Osomatsu-kun with its child characters grown-up, is now scheduled to debut October 5th. Idol Unit AŌP (Ace of Diamond, Insufficient Direction) has been introduced as the performers of theme song "Hanamaru Pippira is the Only Good Girl."

Kenichi Suzumura is Iyami, the flamboyant man who claims to be from France who immortalized a famous "Sheeeh!" pose and who stole the show from the titular sextuplets half-way through the original manga and in its second, 1988 adaptation.

Yōji Ueda  will voice good-nature Dekapan, while  Nobuo Tobita is gluttonous Dayōn and Momoko Saitō is Hatabō, an otherwise normal boy with a flag stuck in his skull. 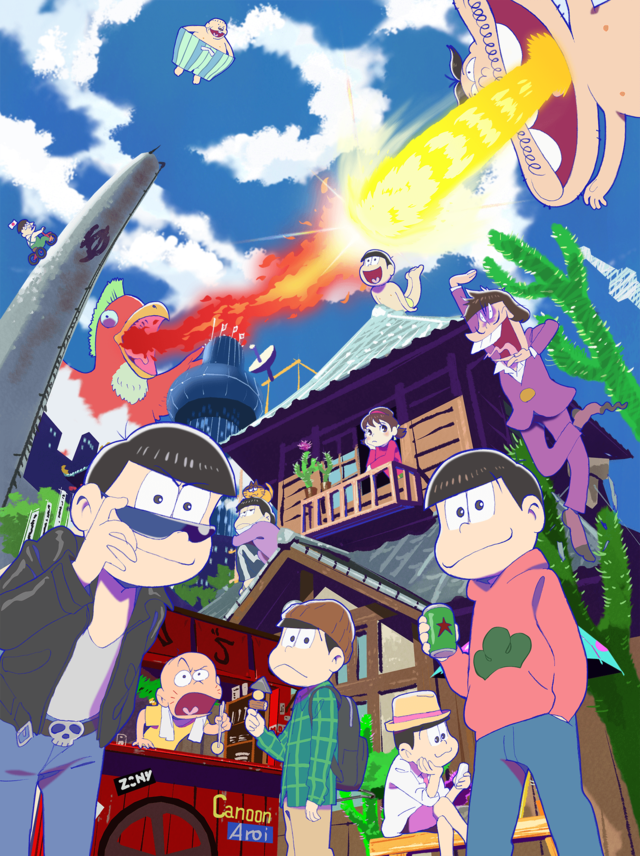