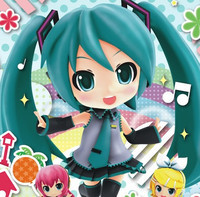 Hatsune Miku: Project Mirai DX hits Americas and Europe on September 8 and 11, and to promote the rhythm game created by Sega and Crypton Future Media for the 3DS, Nintendo has posted the launch trailer.

Hatsune Miku: Project Mirai DX will be available both at retail and digital for $39.99, and North America is getting a launch edition with some bonus goodies. The special release packs the game inside a premium outer box with a wallet chain modeled after Miku's belt. All copies will come with 19 double-sided AR cards that show off additional dance moves and costumes. 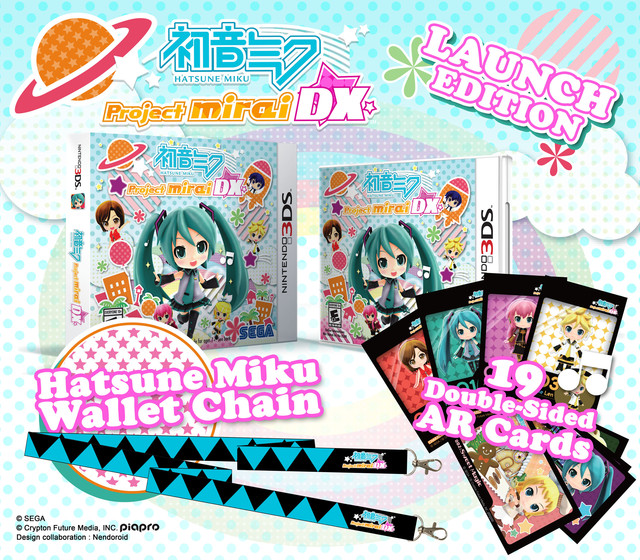 In collaboration with Good Smile Company, a popular Japanese figure company, Hatsune Miku: Project Mirai DX features Miku and all of her friends in their Nendoroid figure style.  The game features 48 full-length versions of fan-favorite songs players can challenge themselves with by trying to match the rhythm in “Tap Mode” and “Button Mode,” each with multiple difficulty levels, which can be further augmented with challenge and support items.

But the rhythm game is just one facet of Hatsune Miku: Project Mirai DX – players can also customize a virtual apartment for their favorite Miku character with decorations, seasonal items, and more. The Mirai Theater has replay functions so players can watch their favorite videos and add scrolling commentary. Choreograph entirely new routines by making new moves in the Dance Studio, and compose brand new song phrases in My Tune. This info can all be shared on customizable Profile Cards, which can be shared via StreetPass™ and kept current via SpotPass™.