Directed by Kenichi Imaizumi (Reborn!, Brynhildr in the Darkness) 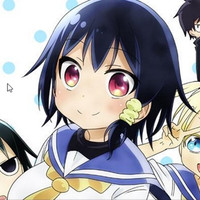 The upcoming TV anime adaptation of the I Can't Understand What My Husband Is Saying manga author Cool-Kyou-Sinnjya's Komori-san wa Kotowarenai! (Komori Can't Refuse!) four-panel comedy manga has announced that it will  premiere on Tokyo MX ans Sun TV at 22:27 on October 4 (JST).

The author's first commercial serialization series has been serialized in Hobunsha's Manga Time Original since its April 2012 issue, and the latest fourth tankobon volume is scheduled to be released on October 7. The story centers on 180cm-tall junior high school girl Shuri Komori, who is too kind to refuse any request from others. 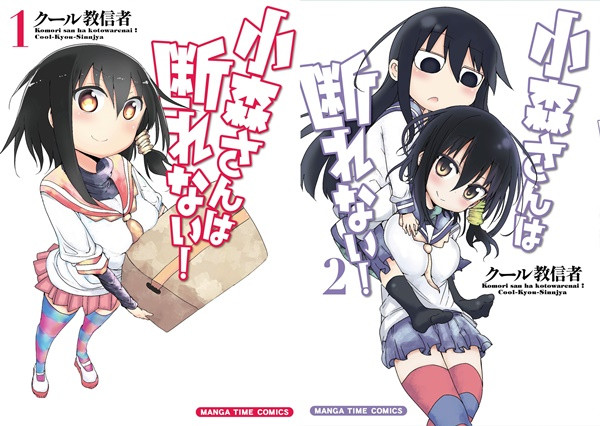 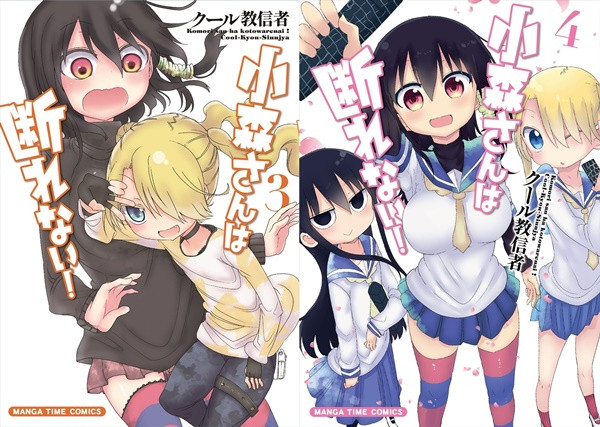