VIDEO: "Did You Know Gaming?" Goes All-in on amiibo Trivia 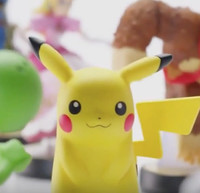 The Did You Know Gaming? series of trivia videos is back with an episode all about Nintendo's highly sought-after amiibo figures. It might not help you find that rare amiibo that's been plaguing your list, but it's worth a watch if you're into them.