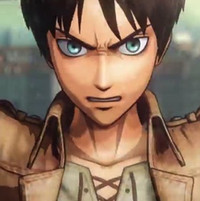 Koei Tecmo released the first full promo for the Omega Force-developed Attack on Titan action game, this time showing a bit of Titan-toppling with the 3D Maneuver Gear. See the quick burst of action below.

Attack on Titan is coming to PlayStation 3, PlayStation 4, and PS Vita in Japan this winter, with a western release to follow next year.