"Kill La Kill" to Replace "Attack on Titan" on Toonami 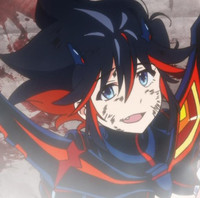 In an interview with Toonami Faithful, the block's co-creator Jason Demarco announced that Kill La Kill will be replacing Attack on Titan as the schedule prepares for a shake-up with the October 3rd debut of Parasyte.

NEWS: During our interview with Jason Demarco, it was revealed that #KillLaKill is going to replace Attack On Titan. pic.twitter.com/TCELiNapl8