Team attaches delay note to the end of a contest post 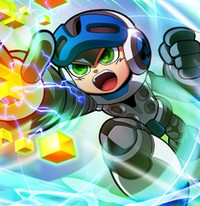 The Mighty No. 9 Kickstarter recently posted an update for participants of the Kimokimo Cup Robot Design Contest, but a less encouraging note capped off the post. Backers were supposed to be able to dig into the trial version of the delayed platformer on September 15, but that version has been pushed back, as well.

Here's the note on the trial version's delay:

Finally, we know that all of our fans are looking forward to the Special Demo Version we are preparing, and we just ask that you be a little more patient. The team is working on it, but some issues popped up regarding the distribution method so there is a good chance it will not be ready to launch by the 15th. We are really sorry for the inconvenience.

As soon as we have more info, we will let everyone know immediately.