First game in the series to follow in November 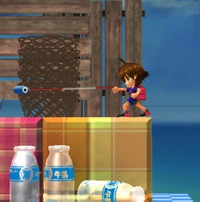 Earlier this month Agatsuma Entertainment announced plans to bring 3DS/Vita platformer Sayonara Umihara Kawase to PC via Steam in October. That has since been narrowed down to a more specific date, with the PC-optimized version set to arrive on October 6.

The previously-announced PC releases of the first two games in the series will follow after, with Umihara Kawase arriving in November and Umihara Kawase Shun coming later.