"Mighty No. 9" Gets a New Release Date 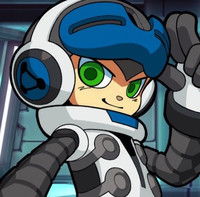 Comcept's Kickstarter-funded Mega Man spiritual successor Mighty No. 9 has had more than a few bumps along the way, but it now has a new release date. After missing its planned September launch, publisher Deep Silver and Comcept announced a North American release of February 9, 2016, with the rest of the world following on February 12.

The new date applies to the PlayStation 3, PlayStation 4, Xbox 360, Xbox One, Wii U, PC, Mac, and Linux versions. Dates for PS Vita and Nintendo 3DS will be determined later. The PS4, Xbox One, and Wii U versions will be available at retail, the rest will be digital-only.

If you backed Mighty No. 9, the special demo relaunched on Humble Bundle.