Could this mean that good news for anime fans in English-speaking countries may be coming soon? 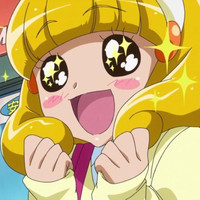 The Glitter Force entry (http://www.netflix.com/title/80057968) lists the series as being published in 2016 and describes it as follows: "Five preteen girls learn they're a legendary superhero squad known as the Glitter Force. Their mission? To defend Earth from evil fairytale villains."

As Crunchyroll previously reported, Glitter Force is the English-language title for Saban's adaptation of Smile PreCure!, a magical girl TV anime from 2012 animated by Toei. The entry page does not currently link to any videos for the series.

The entry of The Seven Deadly Sins is region-locked to Netflix Japan (http://www.netflix.com/jp-en/title/80050063), but a fan took this screenshot. The splash-page feature a description in English that reads: "When a kingdom is taken over by tyrants, the deposed princess begins a quest to find a disbanded group of evil knights to help take back her realm."

No official announcements regarding either of these series have been released yet, but hopefully the discovery of these entry pages means that good news will be on the way soon for English-speaking anime fans with Netflix accounts. We'll be sure to report on any future developments.