Puzzle challenge game debuted in Tokyo in July of 2015, continues in October and November 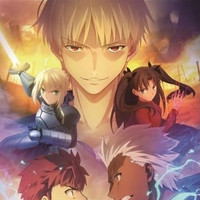 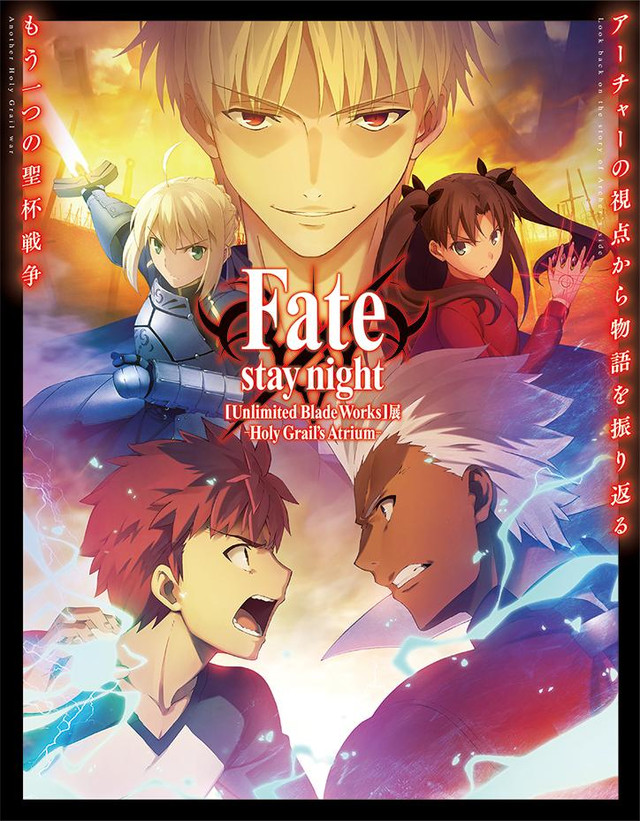 "Fate / stay night Riddle-Solving Rally - Hunt for the Grimoire" - a puzzle-solving event that kicked off in Tokyo in July of this year and then later continued in Kobe in August - is coming soon to the cities of Tokushima and Kokura.

Participants take the role of apprentice mages tasked by Rin Tōsaka with solving an incident involving a mysterious gas leak. Each player receives a puzzle kit as part of the game, and solving the clues within directs the players to special checkpoints. Completing the challenge earns the player 1 of 6 clear file posters (randomly selected) as a prize. 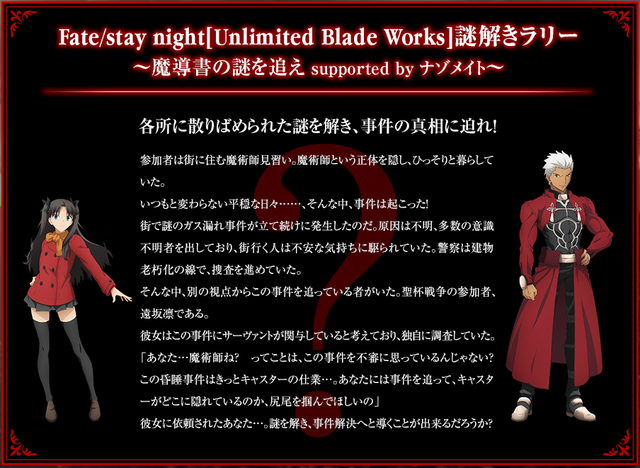 The event runs from October 10 to October 12, 2015, at the Tokushima venue and from November 28 to November 29, 2015, at the Kokura venue. Entry in the event requires the purchase of the puzzle kit, which sells for 1000 yen ($8.34 US) including tax. For more information, check out the official Japanese event page here.