Production is set to begin next spring 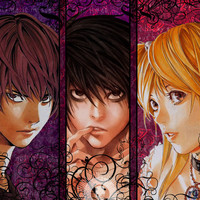 Variety has reported that Nat Wolff, the star of adaptations of John Green’s teen-lit hits The Fault in Our Stars and Paper Towns is in final negotiations to star in Adam Wingard’s (You're Next, The Guest) adaptation of thriller manga Death Note.

Production is set to begin next spring with a script by Fantastic Four's Jeremy Slater.

Variety describes the role and premise, saying Wolff plays a student who discovers a supernatural notebook that allows him to kill anyone simply by writing the victim’s name. A cat-and-mouse game ensues when he’s tracked by a reclusive police officer.