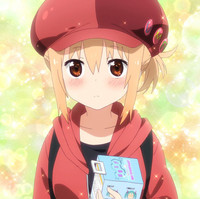 Diamond Comics, the primary distributor of media and merchandise to North America comic shops, announced at a Dialogue with Diamond Breakfast last weekend that they plan to launch a Manga Shop Locator Service. As their Comic Shop Locator Service hits its 20th anniversary, the new manga version will offer consumers an online tool to easily find the stores they're looking for.

Stores that place a qualifying initial order of manga titles each month through Diamond will automatically be listed on the locator.