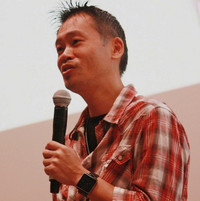 If some of the recent delays and issues with Mega Man spiritual successor Mighty No. 9 have you down on the project, creator Keiji Inafune would like to calm those concerns. Inafune spoke at Unreal Fest 2015 in Yokohama, letting everyone know that there will absolutely be no further delays for Mighty No. 9.

According to Inafune, one of the factors contributing to the delay has been the fact that it's being created for a whopping ten separate platforms. Considering the scope of the release, Inafune and his team are certainly hoping for a success, and sales will determine whether or not they can move forward with Inafune's desire for a sequel.