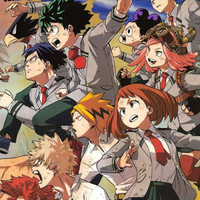 This Monday's Shonen Jump 2015 issue 48 included a teaser for a big announcement concerning Kōhei Horikoshi's 2014 superhero manga My Hero Academia, coming in November 2nd's issue 49. The series' @myheroacademia Twitter account apparently let the cat out of the bag early with the expected/hoped for news that a TV anime is coming. However, shortly after the Tweet was posted, the official account removed the premature news. 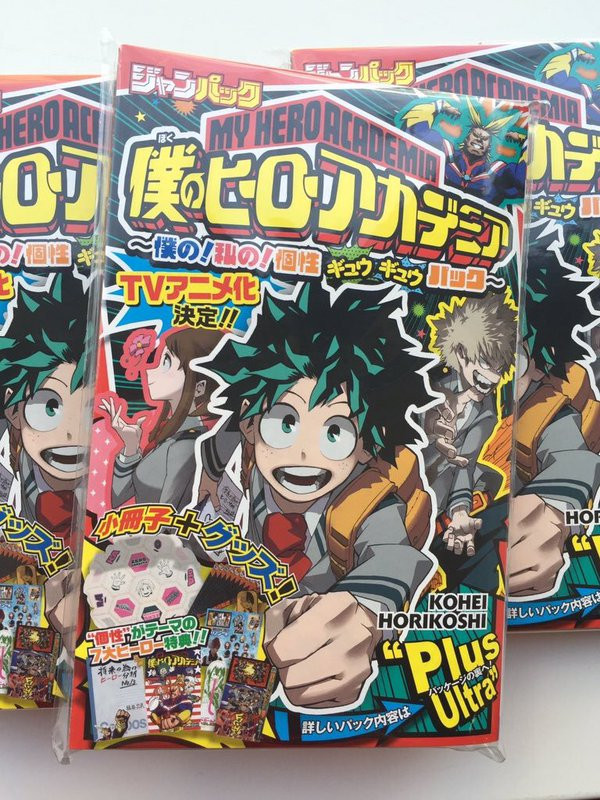 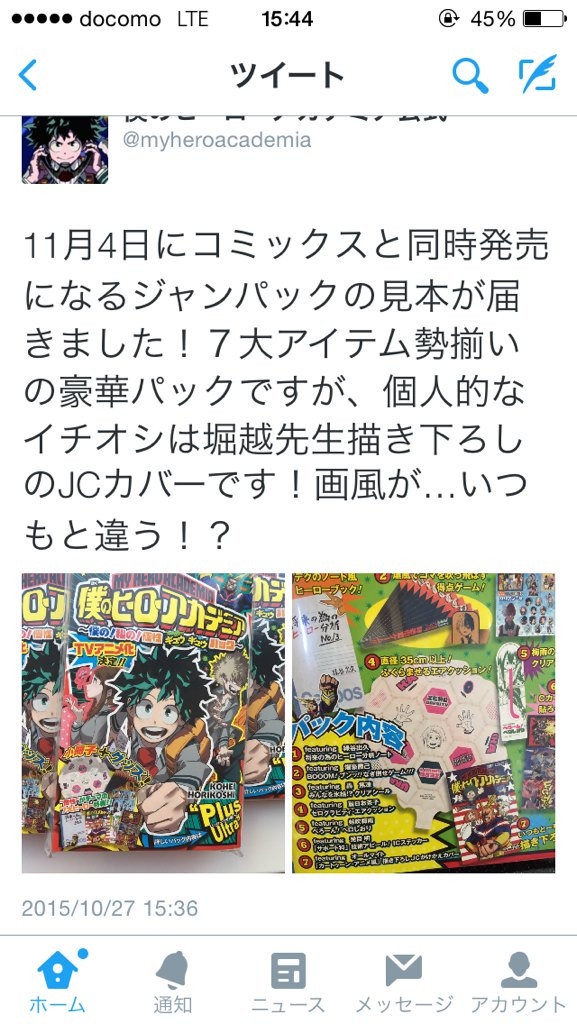 Viz, who releases the series in North America, describes it:

Middle school student Izuku Midoriya wants to be a hero more than anything, but he hasn’t got an ounce of power in him. With no chance of ever getting into the prestigious U.A. High School for budding heroes, his life is looking more and more like a dead end. Then an encounter with All Might, the greatest hero of them all, gives him a chance to change his destiny… 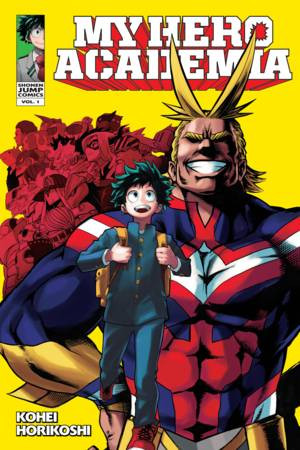