"The Legend of Legacy" Launches in Europe on February 5 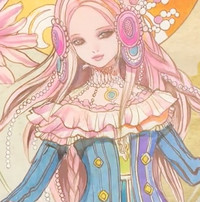 RPG fans in Japan and North America have had a chance to dig into FuRyu's The Legend of Legacy, and now eager players in Europe can mark the release date on their calendars. NIS America announced plans to bring the Nintendo 3DS RPG to Europe on February 5, 2016.

VIDEO: "The Legend of Legacy" RPG Trailer Gets Equipped for Launch