Figure will enter general production if more than 1000 requests are made by February 01, 2016 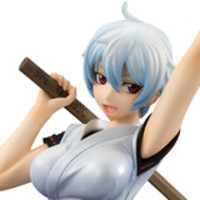 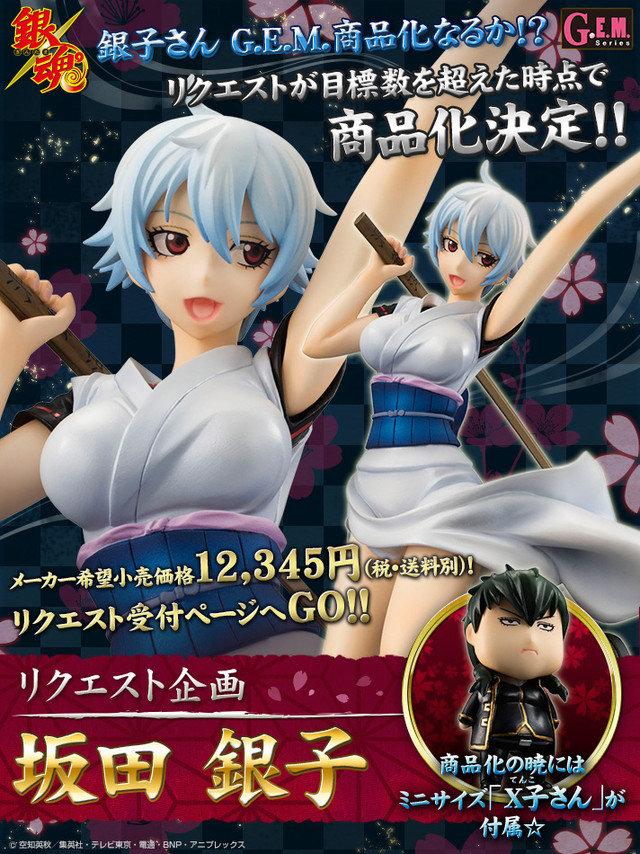 Crunchyroll previously reported on the development of a GEM series figure of Ginko Sakata - the gender-bent version of the Gintoki Sakata, the protagonist of Gintama - as she appears in the Dekobokko Arc in Volume 50 of the manga and episodes 275 - 277 of the television show. Now new information is available. 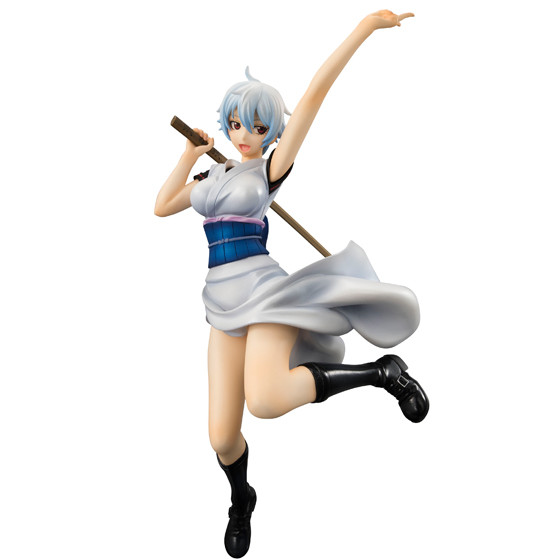 The 1/8 scale "GEM Series Gintama - Ginko Sakata" figure is currently up for request via the Premium Bandai online store. If at least 1000 requests for the figure are made by February 01, 2016, then the figure will go into general production. If fewer requests are placed, the figure will be published as a limited edition, request-only release. 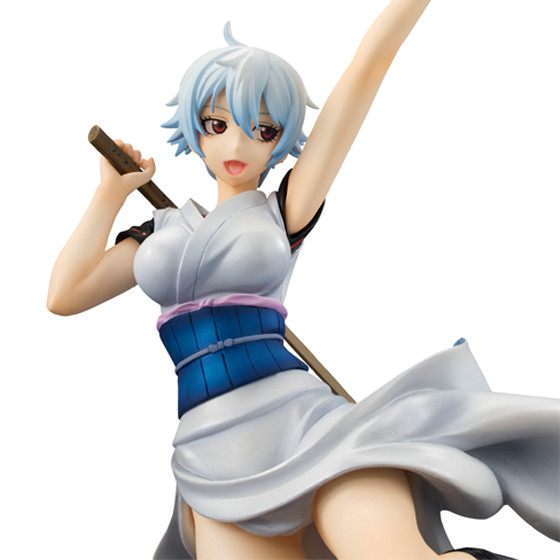 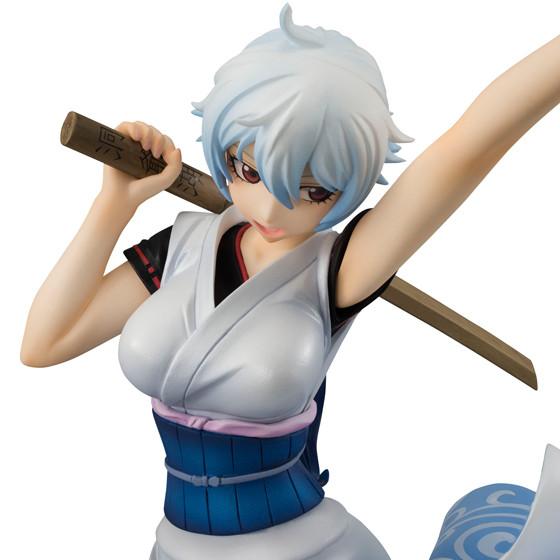 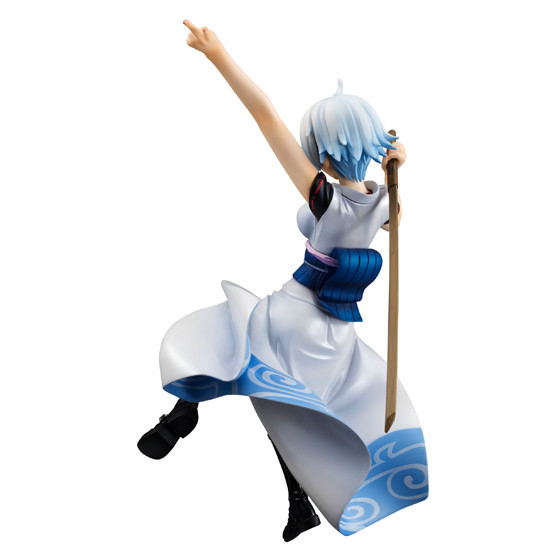 The figure will be made of pre-painted PVC and ABS and will stand approximately 190 millimeters (7.48 inches) tall. It will retail for 13,333 yen ($110.42 US) including tax and shipping within the nation of Japan. The figure will come with a mini figure of X-ko Hijikata (the gender-bent version of Toshiro Hijikata) as a bonus. 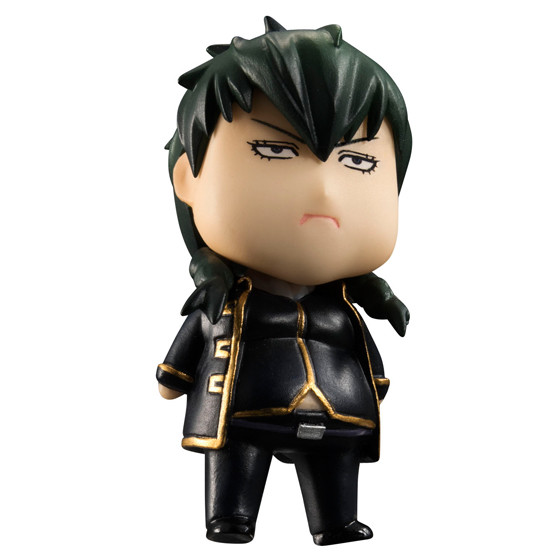