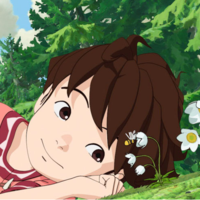 The 3DCG adaptation of Swedish author Astrid Lindgren's children's fantasy novel Ronia the Robber's Daughter from Goro Miyazaki, the son of Hayao, and Polygon Pictures, in cooperation with Studio Ghibli, has gotten the nod for the "Animation" category in the International Academy of Television Arts & Sciences (IATAS)' 4th International Emmy Kids Awards.

The nominees in the Kids: Animation catagory include:

Other Japanese nominees are Shimajiro's WOW! for "Kids: Preschool," Kore-eda x High School Girls:
Portrait of Fukushima 3 Years After for "Kids: Factual" and Battle for Money: Return of the Dinosaurs for "Kids: Non-Scripted Entertainment."

Plans to localize and market Ronia internationally, in English have previously been revealed.

via The Asahi Shimbun

"Ronia, The Robber's Daughter" To Be Re-Broadcast on NHK E TV in April of 2016