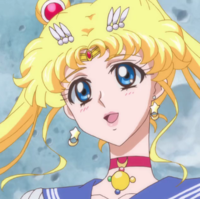 Viz Media has scheduled the English dub premiere of Sailor Moon Crystal on their Neon Alley streaming service. The launch is planned for November 20th with episodes 1 & 2 available that evening. New dubbed episodes will premiere every Friday night starting with episode 3 on November 27th.

Based on Naoko Takeuchi’s legendary manga series, the Sailor Moon Crystal anime saga, retells the story of Sailor Moon as she searches for her fellow Sailor Guardians and the Legendary Silver Crystal to stop the dark forces of Queen Beryl.

Other offerings include Hiraku no Go, with episodes 51-75 (dubbed) joining the previous available 1-50 throughout the month.

Hikaru Shindo is like any sixth-grader in Japan: a pretty normal kid with a two-tone head of hair and a penchant for antics. His life completely changes when he finds an old bloodstained Go board in his grandfather’s attic. The ghost of an ancient Go master named Fujiwara-no-Sai was trapped in the board and soon becomes a part of Hikaru’s consciousness. Together Hikaru and Sai make an unstoppable Go-playing team!