Advance tickets will be available at 10:00 am on November 8 (JST) 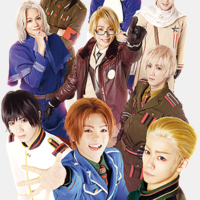 The official website for "Hetalia ~Singin' in the World~," the upcoming musical adaptation of Hidekaz Himaruya's comedy manga series Hetalia: Axis Powers, has posted its main visual featuring nine characters: Italy, Germany, Japan, America, Britain, France, Russia, China and Austria. You can also check individual cast photos in costume here. The musical is scheduled to be performed at Zepp Roppongi Blue Theater in Tokyo from December 24 to 29, and the general sales of its 7,900-yen advance tickets will begin at 10:00 am on November 8 (JST). 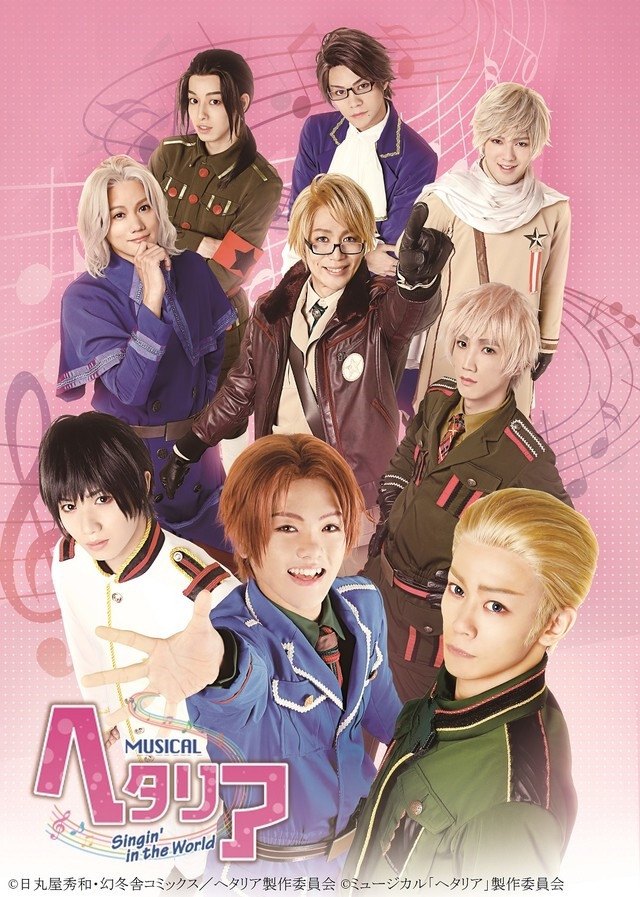