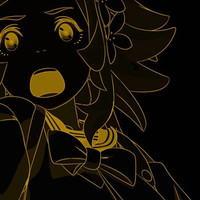 As reported, Tokyo-based CGI animation company Sanjigen today opens the official website and Twitter for its upcoming 10th anniversary original TV anime project Bubuki Branki, announcing the main staff and theme song performers. While no details on its story has been revealed, the four taglines on the top page are written as, "I will fight. With swords in my both hands," "I will fight. To be the heart for everyone," "I will fight. Cocking my gun," and "I will fight. Piercing with my spear."

Daizen Komatsuda, who recently worked on Evangelion: 3.0 You Can (Not) Redo (assistant director), Kill la Kill and When Supernatural Battles Became Commonplace (storyboard/episode director), makes his TV anime series directorial debut. The original action anime is set for a premiere in January 2016.