Series which kicks off the Dubbletalk Block on Wednesday, November 11th at 8:00pm ET 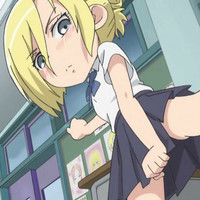