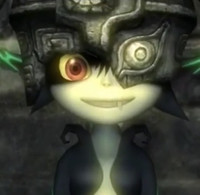 Rumors of a spruced-up HD version of GameCube/Wii Zelda adventure Twilight Princess have been bubbling recently, and Nintendo officially confirmed it during this afternoon's Nintendo Direct presentation. The Legend of Zelda: Twilight Princess HD is coming to Wii U on March 4, 2016.

Twilight Princess HD will feature updated graphics, as well as amiibo support, with a new Wolf Link amiibo figure planned. An amiibo+game bundle will be available, with the soundtrack included as a pre-order bonus.

See the announcement from Nintendo Direct along with a tiny bit of new Zelda footage: