Series to launch in South/South East Asia in mid-2016 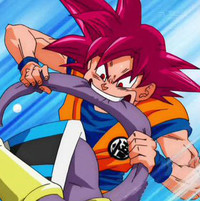 Turner's Toonami brand in South and Southeast Asia recently announced that they have licensed Dragon Ball Super from Toei Animation. Their press release notes that the exclusive first-run premiere on Toonami in Southeast Asia and India will also be the series' English-language world premiere. It looks like FUNimation isn't involved with this run of the first new  Dragon Ball television series to be produced in nearly 20 years.

FUNimation told Kanzenshuu that they have no connection with the Toonami Asia Announcement or the premiere of its English language version of Dragon Ball Super.