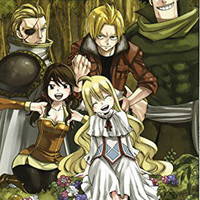 Plans for a winter 2016 TV anime adaptation of Fairy Tail Zero have been announced, along with the cast for the adaptation of Hiro Mashima's prequel manga. 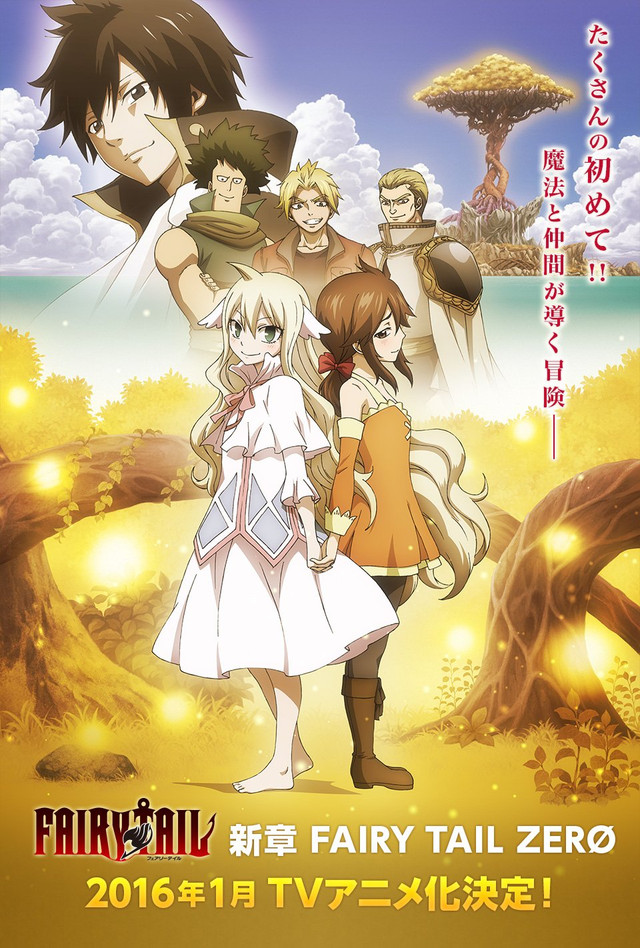 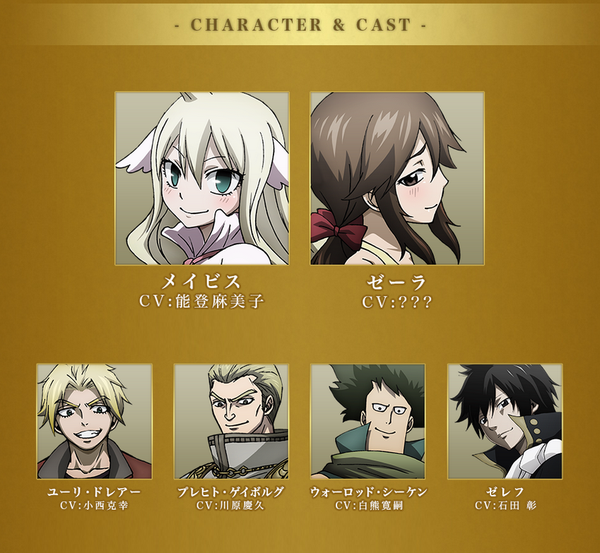 Kodansha Comics has announced that the manga will be released in North America.

This is it: The Fairy Tail prequel fans have been waiting for! Series creator Hiro Mashima himself draws an all-new series that depicts the founding of the Fairy Tail guild.

Many years ago, Mavis Vermilion was a servant on Sirius Island, mistreated by a guild master and his daughter, Zera. But Mavis stayed positive, because her mother once told her that fairies never visit people who cry about their problems. When the guild came under attack, Mavis pulled Zera from the wreckage into the forest. Seven years went by, and the powerful wizards Warrod Sequen, Precht, and Yuri Dreyer arrived on the island, seeking a powerful jade gemstone. This journey would change the course of magical history…