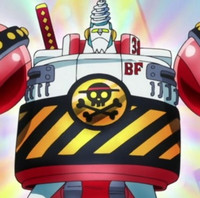 Players will get to battle with Franky's mighty combining robot Franky Shogun in the upcoming One Piece: Burning Blood game. This week's issue of Jump shows Franky Shogun throwing down against X Drake, captain of the Drake Pirates, in dinosaur form. 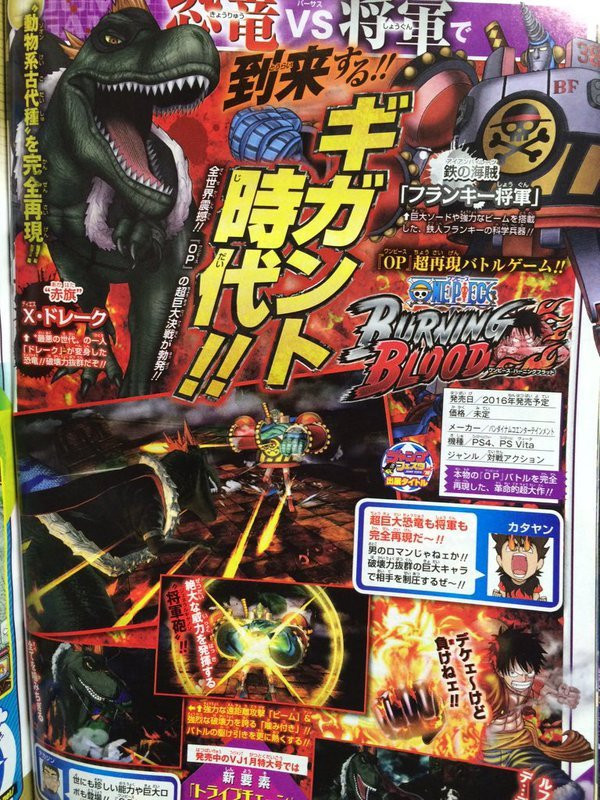 One Piece: Burning Blood hits PlayStation 4, PS Vita, and Xbox One in 2016.