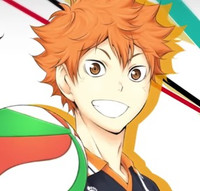 Anyone who's been dreaming of executing Hinata and Kageyama's ruthless quick strike themselves will be able to do so in Haikyu!! Cross Team Match, which is coming to Nintendo 3DS in Japan on March 3, 2016. The portable outing features an original story that puts you in as the lead character, with full voice acting and timing-based gameplay.

You can see some footage in the first promotional video and commercial below.

Haikyu!! Cross Team Match will also be available in a limited edition box that packs the game in original can case packaging with three postcards, a rubber strap, a cast talk DVD, and a download code for mini-games.